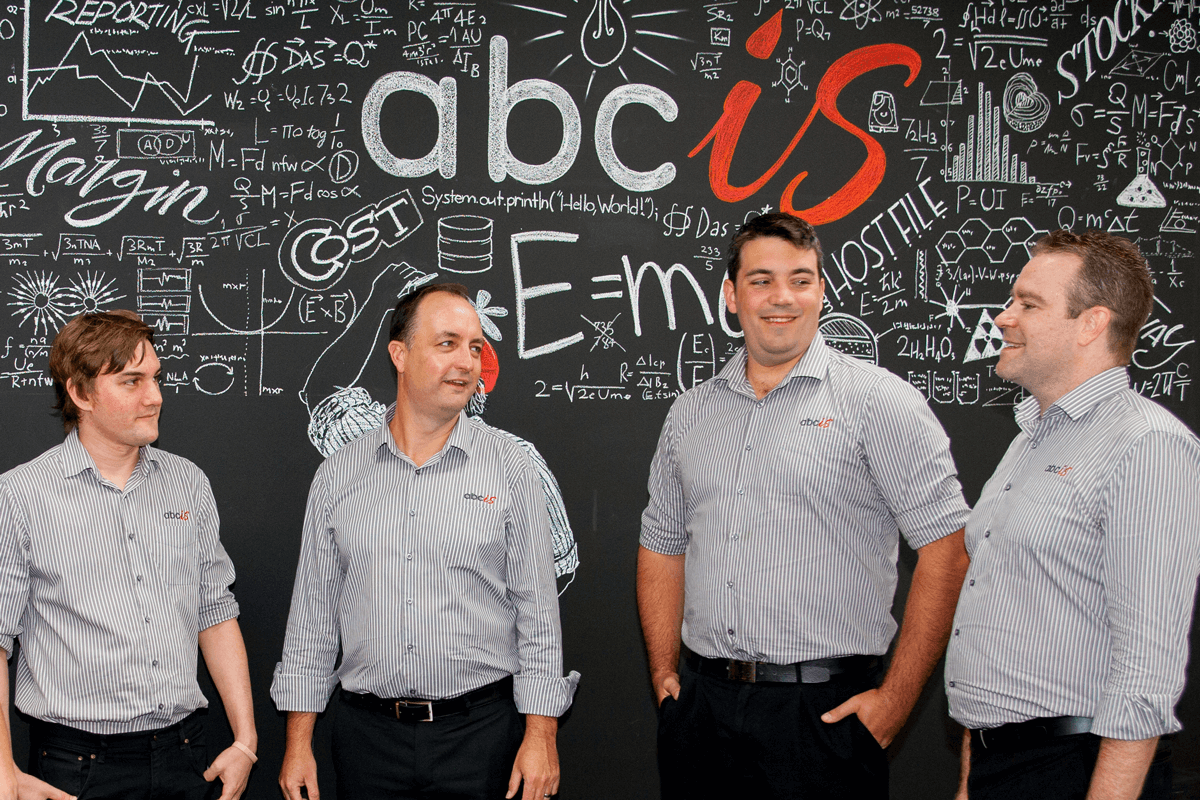 Our goal at ABCis is to make independent retailers more profitable. We do this through a combination of experience, analysis, data manipulation, process change and technology adoption. We work with our clients to provide ongoing solutions to help improve the day to day operations of their stores which translates into a stronger bottom line performance.

You’ll be glad to know that every single one of our team have worked in supermarkets prior to joining ABCis. We genuinely understand your challenges and this experience has allowed us to develop solutions that deliver tangible benefits to your business.

Michael got his first start in the industry as a 12 year old boy packing shelves of an afternoon at the local corner store. After completing school, Michael worked at QANTAS for close to 10 years before making his way back to the industry as a supplier of IT equipment with NCR. Michael moved to Queensland in 2001, and soon after took up the role as State Manager, subsequently promoted to General Manager, with Worldsmart Retail, getting a thorough grounding in the workings of Metcash, IGA, and independent retail as a whole. He joined HG Retail in 2014 in the newly created role of CEO which he held for just over two years before partnering with HG Retail in ABCis. Michael is a passionate advocate of the independent industry and a strong believer in innovation being the key to the future success of our industry. Michael has a Masters of Business Administration from the University of Technology in Sydney, is a keen Sharks fan and lives with his wife, three kids and rhodesian ridgeback in the western suburbs of Brisbane.

Alex has a genuine interest and passion for technology and for the opportunities it can provide business in the pursuit of efficiency and profitability. After working for the local IGA during school, Alex has pursued a career that has seen him work for both software vendors and retailers in independent retail providing a unique skill set and broad experience. Alex is known for creating large spreadsheets with complicated algorithms for the various what-if scenarios often required in business. Alex is a keen snow skier, and enjoys all things with 2 wheels or 4. Alex lives in the Western suburbs of Brisbane with his wife and 2 boys.

Sam grew up in Maleny and started work at the local IGA as a 17 year old trolley boy. During his 15 year career at the store Sam worked in many roles, eventually taking over as store manager. With a love of data and IT systems, Sam joined ABCis in January 2014 and has enjoyed sharing his wealth of knowledge helping other independent retailers become more profitable. Sam lives with his wife Kara and two daughters on the Sunshine Coast and enjoys playing and coaching netball, flying his drones and hanging out with his family.

Paul started his retail career as a 14 year old, working behind a register for Action Supermarkets. He made the move to Brisbane in 2008 to study a Bachelor of IT at the University of Queensland, and worked part time at IGA Milton in night fill. Paul kept this up for four years and upon completing his studies made the move across to ABCis as our first full time developer. Paul’s retail experience has held him in good stead and there is nothing more heartening than having a developer who actually knows what our customers are trying to achieve! Paul has a passion for tinkering, automating processes and is an avid amateur mechanic, mountain biker and chef. Just don’t offer him any liquorice.

Bruno arrived from Portugal in 2013 and didn’t take long to realise that Brisbane was a great place to live. Bruno has a Bachelors Degree in Computer Science from the Lucida University in Lisbon and a background in IT support. Upon arriving in Brisbane, Bruno picked up work in a bakery before moving across to working at IGA New Farm. Bruno jumped at the chance in 2016 to join ABCis and we are now putting his combined retail and IT experience to good use. Being Portuguese, football (soccer) runs through his veins and Bruno is always keen for a game however that may change with a newborn on the way.

Leanne commenced her working life with the National Australia Bank in beautiful Airlie Beach. Starting as a junior, Leanne worked her way up to eventually become a Consumer Lending officer during her 10 year stint. From there Leanne moved into small business with her husband before making the move to the big smoke in Brisbane back in 1997 when she started her retail career with Kmart. After an eight year break to raise her children, Leanne resumed her retail career at IGA Cleveland where she spent five years as their stocktake manager. From there Leanne moved across to ABCis to Manage our Invoicing Team and has been doing so for three years. Leanne’s two greatest passions are her children and the North Queensland Cowboys.

Wendy’s working life began in Goulburn NSW with the Commonwealth Bank. She held a variety of positions during her 19 year career including Management positions specialising in quality Customer Service. She moved to Brisbane & eventually left the Bank to raise a family. Wendy & her husband have 3 sons. Once the 2 eldest sons started school it was time to find another career close to home. Wendy started working part-time at the IGA Milton when it first opened its doors in 2003, initially in the store for a number of years & then in the office in 2008 looking after the invoicing. This was the beginning of her interest in invoicing & she eventually moved to full-time hours as HG Retail expanded. She is an invoicing/data entry specialist whose strengths include her honesty, dedication & attention to detail. Outside of work family is her main focus. Wendy also enjoys walking with her husband.